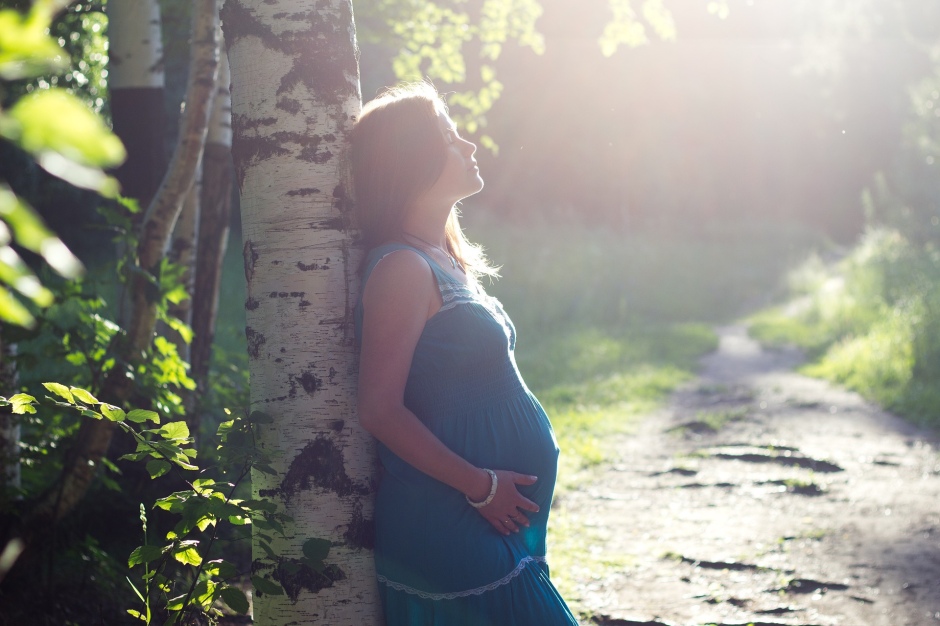 As we continue to wait for Baby #5 to make their debut, Pregnancy has obviously been at the forefront of my mind. Here is an article I recently wrote for the Sisterhood of Catholic Women about motherhood and pregnancy. If you are interested in learning more about Natural Family Planning and fertility awareness, they have some excellent resources available.

I think it’s time for a term change. Pregnancy, for many people, is some kind of precursor to motherhood. We see sayings such as “Mother-to-be” or “Expecting Mother” on cards, in advertisements and even doctor’s offices.

As a wife and mother who is currently pregnant with our fifth child, I have some experience in the “mommy-to-be” world. Having gone through it now a few times, I have some opinions on the phrase.

Continue reading at the Sisterhood of Catholic Women

A quick Google search will reveal a whole host of opinions and definitions of the miraculous journey that we call “Motherhood.” For some, motherhood is very specifically tied to the birth event of a child. For others, motherhood begins when that first kick is felt. Still others consider a broader perspective to include adoptive mothers, mother-like figures or even spiritual mothers.

With such definitions, it would appear at first glance that motherhood is yet another area of relativistic individualism – what’s true for me may or may not be true for you and that’s ok. When we go to the dictionary, things are even less helpful. “The state of being a mother” isn’t the most illustrated definition. When looking up simply “Mother” things do get a bit more definite: “a female parent,” “a woman exercising control, influence, or authority like that of a mother,” or “something or someone that gives rise to or exercises protecting care over something else; origin or source.”

While there is still room for interpretation in these selected definitions, we can begin to see the blurry outlines of who and what a mother is. A mother is typically a female person, though the final definition opens even this observation up to all people. A mother is a person who has some level of authority over others, especially a protective care or measure of control grounded in a relationship. The last definition is most interesting – origin or source. Let’s take a special look at this perspective and how it relates to the Church’s understanding of motherhood.

St. Julian of Norwich was an anchoress and mystic who lived in the late 1300s. An anchoress was a woman who “anchored” herself to a specific church, living a life of cloister and prayer. She received a series of sixteen visions of Christ which she wrote about in her work, Revelations of Divine Love, and can still be read today. She developed a new understanding of Jesus’ identity – Jesus as Mother.

Jesus Christ therefore, who himself overcame evil with good, is our true Mother. We received our ‘Being’ from Him ­ and this is where His Maternity starts ­ And with it comes the gentle Protection and Guard of Love which will never ceases to surround us.

Just as God is our Father, so God is also our Mother.

Here we find the maternity of Christ to fit perfectly with our modern definitions of a mother. Through Jesus we find our origin and in Jesus we are enveloped in protection and love.

Chiara Lubich is the founder of the Focolare Movement, a movement of laity and clergy which began during WWII. Focolare means “Work of Mary” and it is through Mary’s guidance Chiara explores what total union with God and one another looks like. Chiara’s theology of Mary is deeply intimate, resonating with both St. Louis de Montfort and St. Maximillian Kolbe, two of the greatest Marian theologians. Part of Chiara’s understandings revolve around Mary’s role as Jesus’ mother, and by spiritual extension our mother. We are Mary’s children and as such are called to emulate her example. What is her example? To bear Christ to the world.

Mary’s is Jesus’ mother. Her willing cooperation with the Holy Spirit brought Jesus, the Son of God, into human existence. We too are called to bring Christ into the world. The motherhood of Mary in union with the Holy Spirit, which brings forth Christ, is relived in the Church and in each of us. According to Lumen Gentium #65, whenever Christ is born in the hearts of the faithful, they are participating in the mystery of the Incarnation where Christ is “conceived by the Holy Spirit and born from the Virgin.” All Christians, no matter their gender, profession, or age are called to live this birthing every day.

When does motherhood begin?

After all this, we still may not be closer to answering the question, “When does motherhood begin?” However, I think we do have some clues about something broader, and perhaps more important. Like love, motherhood isn’t a feeling. Nor is it necessarily something outside your control. Motherhood, like love, is a choice. When does someone start to act as a mother, to be a mother? Based on the secular definitions and the reflections of Julian of Norwich and Chiara Lubich, it is when a person chooses to serve another, regardless of the expense or cost to themselves.

Consider it this way. A couple wishes to have a child. The couple has been struggling to conceive and they are seeking advice, tracking her cycles, practicing NFP, paying attention to risk factors and doing a series of tests to screen out any other potential inhibitors. They make lifestyle changes as recommended. The wife is taking prenatal vitamins, being mindful of any alcohol and taking extra care in her tracking. The husband is supportive, moderating his own alcohol intake in solidarity with his wife, he encourages her tracking and any dietary changes which may help their hopes for a child. Are they practicing motherhood yet?

What about the family who hopes to adopt? They pray every day, children and parents alike, for their hoped for child. They work together to make any necessary changes to their home for the preliminary inspections and requirements. They fill out paperwork, answer questions, take time off work for meetings and other important interactions in order to be accepted as a potential family. Are they practicing motherhood yet?

What about a person who volunteers their time with their parish’s youth group? They dedicated time each week to encouraging and mentoring the teenagers. They open their home to the group for a summer barbeque, travel to a religious site or pilgrimage with them, and even help coach a summer intramural volleyball team. Is this person practicing motherhood yet?

What about the child who sees another sad or hurt at the playground. Instead of walking past, they sit down and ask to play together. Are they practicing motherhood yet?

If motherhood, as I said earlier, is “when a person chooses to serve another, regardless of the expense or cost to themselves,” then the clear answer to the previous scenarios is “Yes!” All these examples, even the child, are moments of motherhood.

Chiara sums it up beautifully in a letter written in 1983:

“…Mothers only know how to love. It is typical of a mother to love her children as herself, because there’s something of herself in them. … We too can find something of ourselves in others. For we must see Jesus in ourselves and in every neighbor. What shall we do? With each neighbor, at home, at work, or on the street, with the people we talk; with those we speak to over the phone, or for whom we carry out our daily work – with every person we meet these days, we must think: “I must act as if I were his or her mother,” and act accordingly. Mothers are always serving, Mothers always find excuses for their children. Mothers are always full of hope.”

I absolutely love this picture and message. Though this is my fourth pregnancy, I have only been pregnant during Advent one other time (with John) and that was early in the pregnancy. This time around, I’m now almost 34 weeks along (anything 38 weeks and beyond is considered full term) I’m feeling much more attune to what Mary may have been going through during this same time.

Mary must have been thrilled with how things turned out for her. Not only was she not stoned or outcast from her community (definitely a plus), but her husband Joseph choose not to divorce her and still took her into his home (double bonus). Things were going well. Then, at some point during the pregnancy, a census is ordered. Because she was now Joseph’s wife, she had to travel with him to his family’s town of Bethlehem. Remember that journey she took to visit Elizabeth (approximately 80 miles) while sick and exhausted? Now she had to make a similar trip, somewhere between 70 and 90 miles, but this time with a growing baby who kicked her bladder, tried to burrow under her ribs and an insatiable need for more food and rest. Again, Mary is way tougher than I am.

Things went from comfortable to extremely uncomfortable quickly. We don’t know the exact timing of the census, but it is completely possible that the couple found out about it on one day and had to leave the next or within the week. Can you imagine needing to gather items for that kind of journey in less than 24 hours. And oh yes, you will also probably have to deliver a baby somewhere along the way or if you are lucky, after you reach Bethlehem. I love you Ben, but I think Joseph might be a bit tougher than you too =)

Waiting, wondering, worrying. Mary and Joseph must have shared these emotions with one another on that grueling journey. What if? How will we? Why now? We ask these same questions today.

In the spirit of Advent, today choose one of these questions and finish it with whatever you are struggling with or waiting for.

Then, go back to the blessing Elizabeth offered to Mary. “Blessed are you who believed that what was spoken to you by the Lord would be fulfilled” (Luke 1:45). Those words that must have comforted Mary early in her pregnancy would certainly continue to support her at it’s end. They are waiting to offer you solace and strength in the here and now.

***Are you starting to see how uniting our will with God’s is the key to not only getting to heaven, but to our current happiness? Even when life is swirling around us, God’s Will is ever steady. Please feel free to share your experience, thoughts and offer support to one another in the comments, on Twitter with the #DailyGraces or on the Facebook page.

Kate Taliaferro is an Air Force wife, mom of 4 under 6. She enjoys homeschooling her two oldest while chasing her exuberant almost 3 year old and snuggling her sweet baby. She has a Masters in Religious Education and tries to find God's presence in all parts of her day, be it cooking, cleaning or just the everyday ordinary. Follow her blog, (link: dailygraces.net) Daily Graces to join her crazy, adventurous, God-filled family.